I "may" have mentioned that there was an engagement in the autumn of last year. An engagement that according to everyone else was not unexpected as we have been together for years and have always talked about getting married. But THAT proposal was a moment, one of those defining moments that changes everything.

He planned it over and over but in the end, knowing I am such a control freak, he unplanned it and let me plan a "regular" date night out, so I had no inclination of what was to come. Apparently the restaurant did as champagne arrived swiftly after he proposed!

The fact that he wanted to surprise me.

That he undertook the difficult task of selecting a ring, without me being there.

The fact that he asked my Dad beforehand.

But more than that, this single moment had a butterfly effect.

His niece has never been a bridesmaid before, our wedding has filled her with so much excitement.

He asked his brother to be Best Man and I have never seen them so close.

Our wedding plans have shown the true strength of some amazing friendships.

My godson is thrilled at the thought of being an usher ...... and going out for the day to try on suits.

I have to admit that as I get older, life and love isn't about the big gestures but the collection of the little things. This single moment (and let's be honest it was a pretty big moment) but it set in motion a series of little things, other moments that mattered to me and to those closest.

That is what Love did. 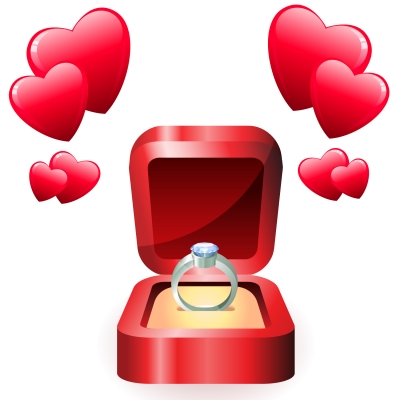